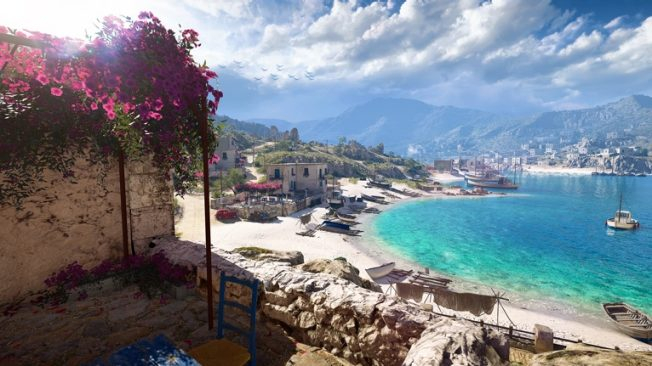 Battlefield V is DICE’s latest big-budget shooter. The game boasts great gunplay and jaw-dropping visuals. However, the number of available maps has always been a little low for franchise fans’ liking. The team has slowly been adding maps to the rotation and a new one, Mercury, is coming at the end of this month. Give the map trailer a watch below.

The map takes place on the Cretan coast near Greece. Players will take part in a battle based on the events of the World War II conflict Operation Mercury. Playing as either the British or the Germans, players will engage in an asymmetrical all-out war.

British forces are trying to hold their ground and have a battalion of tanks, along with a few planes, to help them do so. Germans, on the other hand, are invading the area and have brought a vastly superior aerial force with them. The differing options on both sides should lead to some interesting strategies being developed as players get more and more games in.

The Mercury map also has tons of verticality built in. This means that attacks can come from all directions and flanking opportunities will be present at all times. You’ll have to stay on your toes if you hope to win this battle.

I can’t end this article without talking about how beautiful that Cretan coast is. Battlefield games are always pretty, but I seriously want to book my next vacation on those perfect white beaches. I’ll probably die more than usual just because I’m too busy playing tourist instead of soldier.

Battlefield V is getting the free Mercury map update on May 30. The game is available now on PC, PS4, and Xbox One.

The post Battlefield V Takes a Bloody Vacation to the Mediterranean With New Map by Ricky Frech appeared first on DualShockers.