Battlefield 1 never ceases to amaze with consistent updates and constant post-game content drops from developer DICE. This week we received a ton of information regarding the upcoming expansion pack Turning Tides which will release December 2017.

The tagline of the expansion suggests that players will “conquer land, air, and sea in the amphibious battles of the Great War.” Doing so will naturally require more aquatic focused maps, and that’s exactly what players can expect.

The first map is Cape Helles, a beach-focused map on the Gallipoli peninsula that pits the British forces against the Ottoman Empire’s defenses.

The next is Achi Baba, which sees the same Gallipoli Peninsula of 1915, but this time from more of an infantry point of view with the British forces continuing their assault up a fortified Ottoman hilltop. 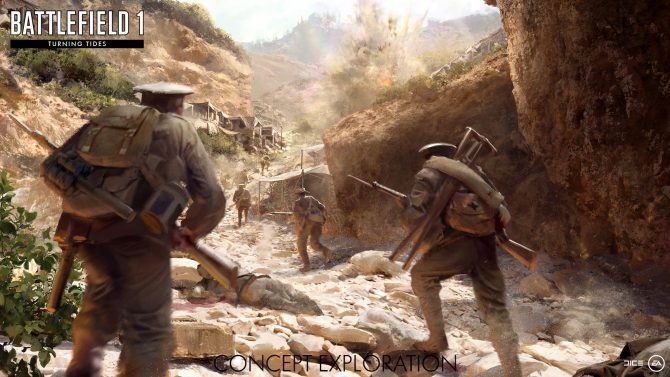 In January 2018, players will see continued content releases with the new map Heligoland Bight. The British Royal Marines and German Navy are going head-to-head with battleships and planes while the ground forces fight on the nearby cliffs. 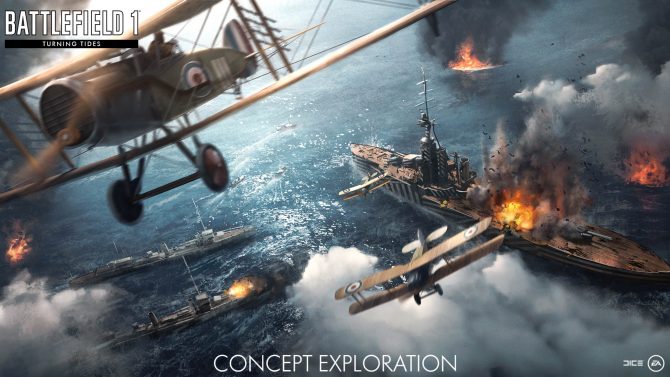 Also in January, players will have the chance to play Zeebrugge, a map focused on the close-quarters combat of the Belgian port Bruges-Zeebrugge. 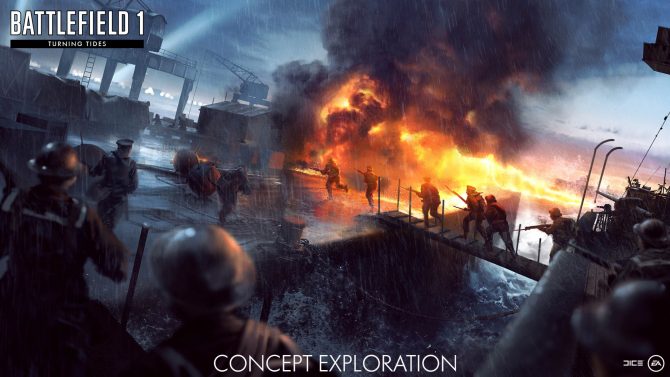 Besides maps, players will also see the introduction of the British Empire: Royale Marines, a new playable faction fit with its unique character models and style. Equally important are the new weapons that players can wield including the M1917 Trench Carbine, the Type 38 Arisaka (which Call of Duty: World at War fans should remember), the Farquhar-Hill, the m1917 MG, the Carcano M91 Carbine, and the Maschinenpistole M1912/P.16. 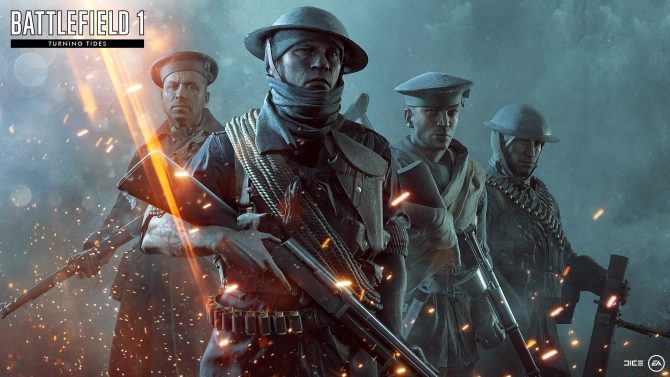 There are also some new vehicles, including a new C-Class Airship, and Destroyer, and a new elite class named “The Infiltrator,” which provides the user with a sprint boost, artillery strikes, and a mobile spawn point. Additionally, there will be new service assignments, new specializations, new unlocks, a new game mode “Conquest Assault,” and a new operation.

Battlefield 1 is currently available for PC, PS4, and Xbox One. You can check out more on the game, including recent changes from the October Update here, as well as the addition of Battlefield 1 to EA Acess here.