The trailer most notably introduces Fi, a new character that will join Ryza in her adventure. Fi is a fairy and the person the “Secret Fairy” part of the title seems to refer to.

Besides swimming, riding animals, and using a Lupin The Third grappling hook, Ryza can also climb, crawl and explore in a lot of new ways. 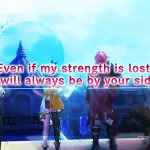 The trailer and the new key visual revealed also tease more returning characters, as we can see silhouettes very similar to Lent, and Tao, who isn’t a shota anymore seeing the timeskip. 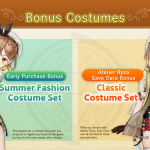 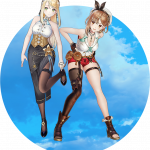 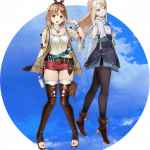 Atelier Ryza 2 early print copies will include a bonus Summer Fashion Costume Set for all characters. Players who have their Atelier Ryza 1 save will be able to unlock the party members’ outfits from the first game. 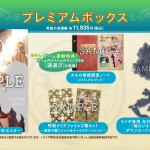 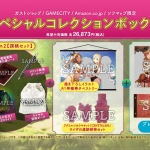 The shop specific preorder goods in Japan were not revealed yet.

The Japanese version of the trailer, identical barring the Limited Edition info, is accessible here.

Note that this week’s Famitsu magazine, out now, also included details on Atelier Ryza 2. If time permits we’ll be covering that soon via a separate article.

Atelier Ryza is the highest selling game of the franchise, topping 420,000 copies shipped worldwide. I explained my viewpoint on the matter if you’re interested. Ryza could be back as the protagonist in this sequel, a first in the series, because of her Zettai Ryouiki’s popularity, but I believe it’s more likely Gust planned to make this whole new trilogy about Ryza from the beginning.

Atelier Ryza 2: Lost Legends & the Secret Fairy will be launching worldwide next winter on PS4, Switch, PC via Steam.