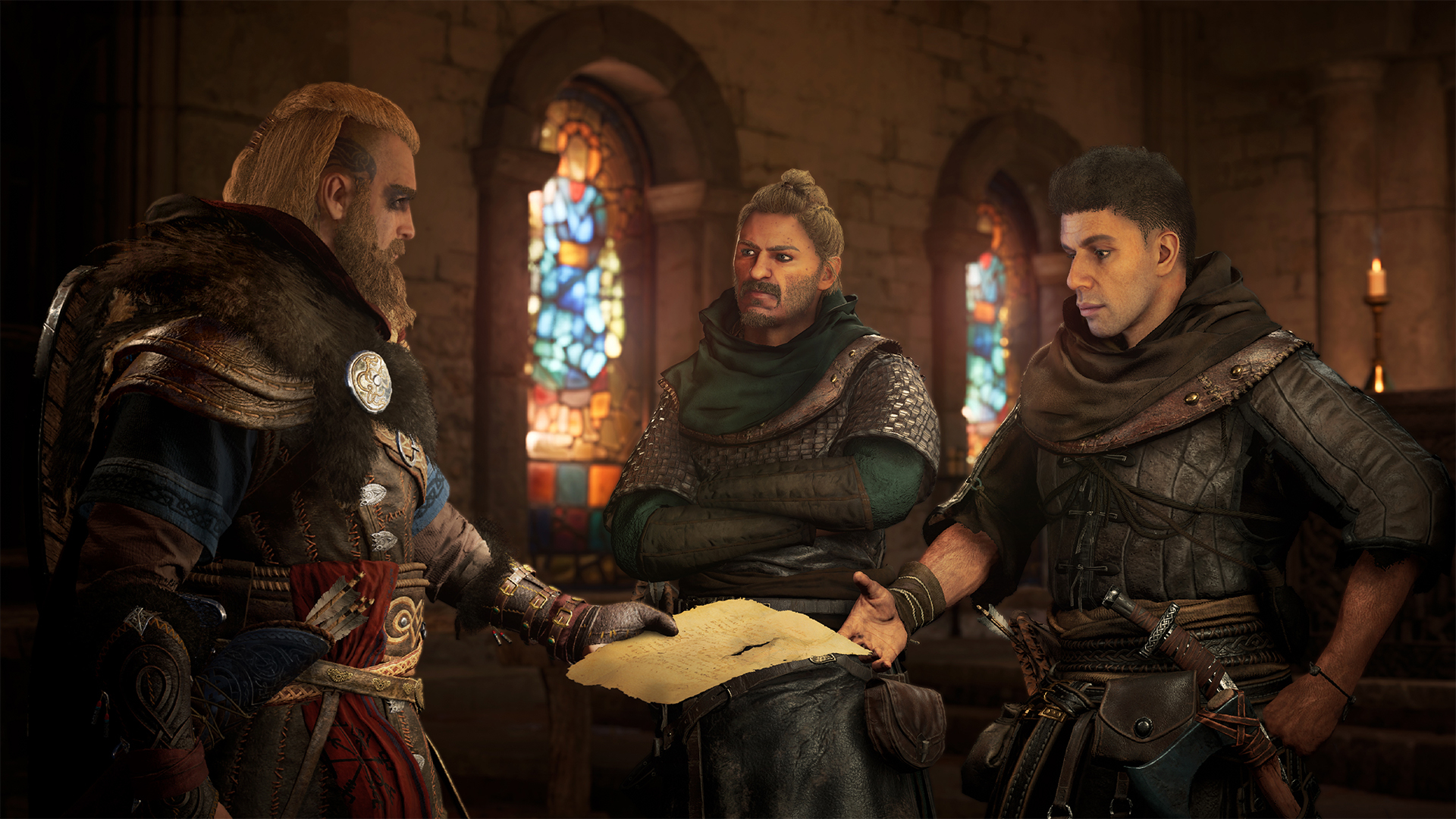 Assassin’s Creed Valhalla is the latest entry in the Assassin’s Creed franchise bringing players to the age of the Vikings. As the newest hero Eivor, we get to see diverse areas across Northern Europe including the Aurora Borealis. The lead team for the project, Ubisoft Montreal, is known for developing Assassin’s Creed IV: Black Flag as well as the more recent Assassin’s Creed: Origins, but this time around they will be implementing the option of a male or female protagonist which was first introduced in Assassin’s Creed Odyssey.

During today’s announcement trailer we only got a look at the male version of our hero, but we are getting our first look at gameplay next week so hopefully, we will get to see the female version in action. She is however featured in the Collector’s Edition for the game so we do have a solid idea as to what she looks like. In Assassin’s Creed Odyssey the male and female versions that you were able to choose Alexios and Kassandra were brother and sister and while you got to choose who the protagonist was, the other played in a more antagonistic role. This time around though regardless of which version you choose you will still be Eivor.

Assassin’s Creed Valhalla will be releasing on Xbox Series X, Xbox One, PlayStation 5, PlayStation 4, and PC exclusively on the Epic Games Store later this year. For Xbox users, you will have access across both generations of consoles regardless of which version of the game you purchase thanks to their upcoming “Smart Delivery” program. To see all the different editions available check out our pre-order guide. You can pre-order Assassin’s Creed Valhalla right now on Amazon.

The post Assassin’s Creed Valhalla Will Let You Choose to Play as Male or Female by Cameron Hawkins appeared first on DualShockers.

Genshin Impact to Get Controller Support With New iOS Update
How To Watch – Genshin Impact Version 1.3 Stream On January 22, 7 AM ET
Sunlight Review – A Moment of Calm in a Sea of Chaos
Hitman 3 Had the Series’ Best Digital Launch Sales Yet
Resident Evil Village Box Art Has Been Revealed and Might Contain Spoilers