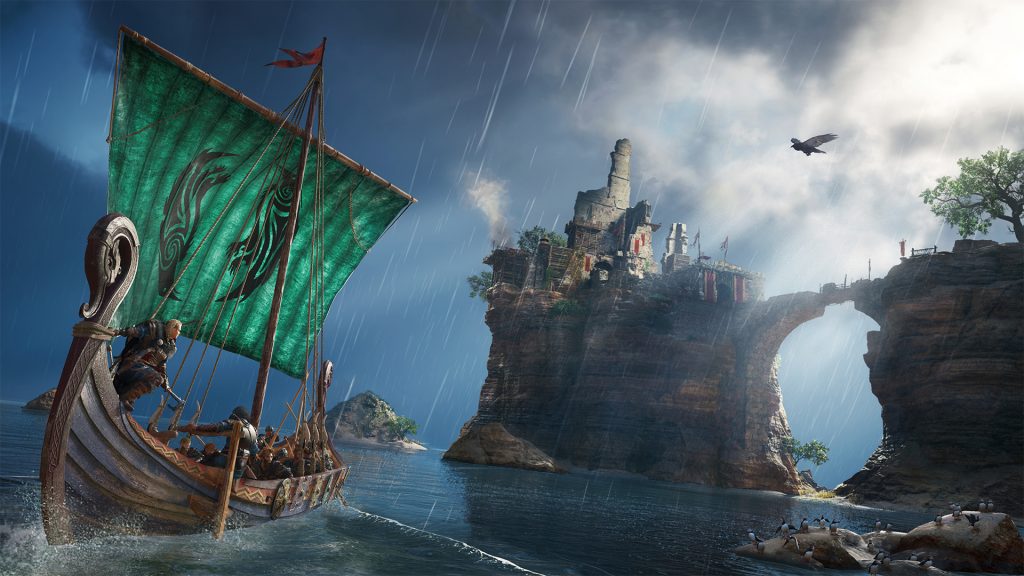 After long-standing rumors, Assassin’s Creed Valhalla has officially been announced today with a beautiful CGI trailer showing off the world and our latest hero of the franchise Eivor. As per usual, this latest entry of the Assassin’s Creed franchise will be hitting PlayStation and Xbox platforms along with PC, however, this time around you won’t be able to get it from any third-party seller.

Ubisoft has decided to make Assassin’s Creed Valhalla an Epic Games Store exclusive, but this isn’t really much of a surprise. According to Gamespot, Ubisoft and Epic announced a publishing deal in 2019 during the Game Developer’s Conference. The Division 2 was the first Ubisoft title to release under this deal. We currently have no knowledge as to how long their deal will last or if the exclusivity is only timed. That being said, the company has taken a jab at Steam due to taking 30% of each title’s revenue that is sold on the platform while Epic Games Store states directly on their site, “When you buy a game on the Epic Games Store, 88% of the price goes directly to developers, versus only 70% on many other stores. This helps developers invest into building bigger and better games.”

Other major third-party titles like Borderlands 3 caused quite a stir last year when 2K and Gearbox announced it’s exclusivity deal, however, that was only for a year’s time and is now available on Steam. For those that have interest in the game, but do not want to purchase it from the Epic Games Store, you can still pick up the game through Uplay, Ubisoft’s first-party online store.

Assassin’s Creed Valhalla has a current release window of this Holiday season for Xbox Series X, Xbox One, PlayStation 5, PlayStation 4, and PC. You can pre-order the game on Amazon and check our pre-order guide giving you all the details regarding each edition the game has to offer.

The post Assassin’s Creed Valhalla Will Be Exclusive to Epic Games Store on PC by Cameron Hawkins appeared first on DualShockers.