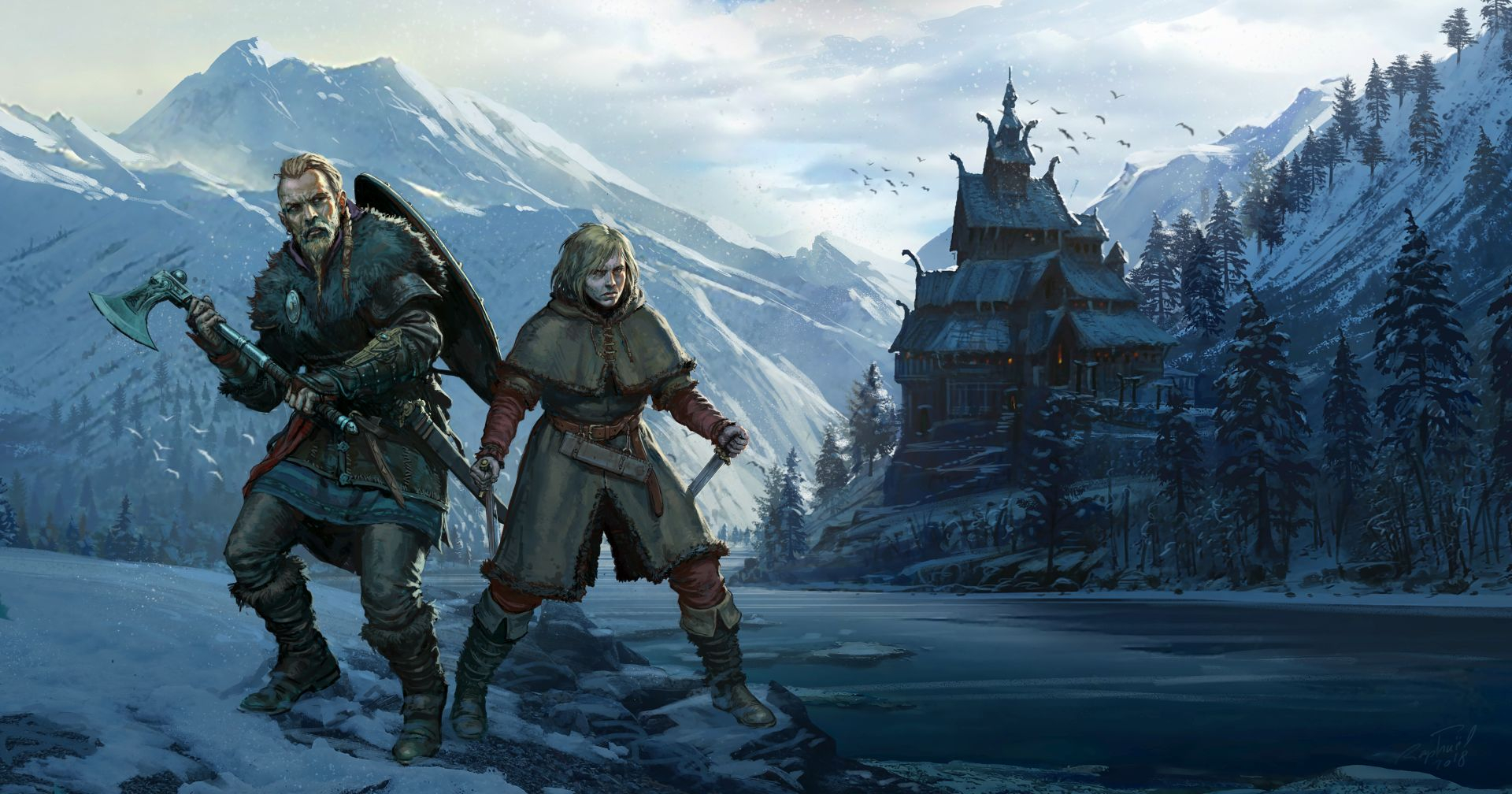 Multiple Japanese and Asia players are angry at Ubisoft for the blood and gore censorship of Assassin’s Creed Valhalla (PC, PS4, PS5, Xbox One, Xbox Series X, Review). This kind of censorship in games with realistic graphics is a common occurrence in Japan. One popular example is Biohazard, the Resident Evil series. Indeed, for the latest Japanese releases of the series, Capcom always released a toned down version, and a “Z Version” with more spilled guts. Even then though, those Z version games tend to include less gore than the Western versions. In any case, Japanese players are used to this censorship, for better or worse. 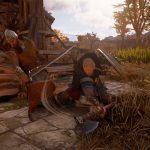 However, one of the reasons why Asia players are angry in the case of Assassin’s Creed Valhalla is that they feel they were deceived by Ubisoft. As of November 18, the Japanese, Korean, and Taiwan versions of Assassin’s Creed Valhalla, on PS4 and PS5, had nearly no blood spurts whatsoever. Japanese players on social media, Amazon reviews and the like have been disliking the censorship for multiple reasons. Some said it ruins the immersion of feeling like a Viking. Others said the lack of blood makes it harder to know if your attacks are connecting properly. Several issues have been pointed out as well.

The first issue is, before the game’s release on November 10, Ubisoft published a list of the changes that would be made to the Japanese version of the game compared to the Western versions. That list was revealed at the Japanese Ubiday 2020 stream on October 24, at the 4:34:35 timestamp linked below.

Censorship list for the Japanese version of Assassin’s Creed Valhalla, published on October 25:

What made Japanese fans angry is that Ubisoft didn’t talk at all about toning down blood spurts. And even if some censorship in that regard was expected, no one thought it would be to the point of near removal. 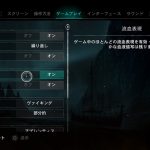 Secondly, the Japanese version of Assassin’s Creed Valhalla includes in its system menu the option to include or tone down blood spurts. However, there’s barely any blood spurts in the game whether it’s on or off. Many Japanese players believed this to be a bug. Turns out it wasn’t.

On November 18, Ubisoft on its Japanese Ubiblog explained this was a necessary change for the game to release in Japan, after consulting the rating organizations: 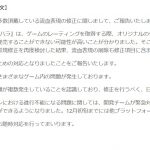 Ubisoft: “As Assassin’s Creed Valhalla had its rating evaluated in Japan, we realized it would be hard to release the game in Japan as is without modifications. As such, after reexamining the game’s content for Japanese release and consulting with Japanese organizations related to the matter, we decided to include the removal of various depictions of blood among the corrections. We took these measures to be able to release the game in Japan at the same time as everywhere else.”

First things first, CERO, the Computer Entertainment Rating Organization, handles all console games ratings in Japan. Except for Doujin games (Japanese indie games) releasing on PC, and Eroge (games with explicit sexual content), also on PC, such as Dohna Dohna by Alicesoft, the upcoming GOAT. If your game doesn’t have a CERO rating, you can’t release it in Japan, more or less. Though times are changing now, at least when it comes to Nintendo Switch releases, as Nintendo is now using both CERO and the international IARC in Japan. 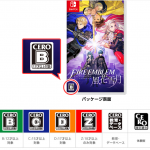 Moreover, unlike in the west, certain depictions are never tolerated even in CERO Z rated games. Such as extremely gore scenes in games like Resident Evil, or female characters’ bare nipples. Hence why the censorship of topless characters in Assassin’s Creed Valhalla in Japan. Plus, ID check is mandatory to buy CERO Z games, even digitally. On the PS Store for example, you’ll be asked your Japanese credit card. Even if you pay through Paypal. CERO Z games can’t be normally displayed in shops either. This means less sales overall. As such, Japanese developers tend to avoid getting a CERO Z rating at all costs. In general, Japanese developers try to get a rating as low as possible, taking this aspect into account during development.

In addition, it’s important to note depictions of violence or sexual fanservice in anime-stylized games doesn’t bump up ratings. Not nearly as much as in a realistic-looking game like Assassin’s Creed Valhalla. There are also exceptions, such as the Dragon Quest series by Square Enix, which always gets a CERO A, “everyone” rating, no matter what it does. As if there’s an unwritten agreement between Square Enix and CERO. Which would make sense seeing Dragon Quest is literally a religion in Japan at this point.

Lastly, CERO can be difficult to deal with when you’re not a Japanese developer or can’t speak Japanese. It was also impossible to submit a game to CERO through online means until 2020. CERO waited for a pandemic to change.

Taking all of the above into account, Ubisoft’s justifications certainly made sense.

However, CERO, answering to Netlab, stated: “Ubisoft wrote that it consulted “related organizations”, but we have not received any prior contact or consultation offer on this specific matter. Either from Ubisoft Japan, or the main Ubisoft office.” 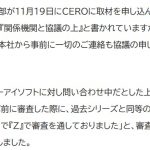 Regarding the removal of blood spurts, CERO stated: “when we evaluated the game long before that removal, the content that was submitted included the same amount of blood depictions as in past games of the series. And the game passed its examination with a Z rating.”

This means Valhalla passed its rating in Japan without the removal of the blood spurts. After answering Netlab, CERO also published a statement with the same content on its official site.

Finally, following CERO’ claims, on November 19, Ubisoft updated its blog to apologize to the players and all parties involved, and acknowledge the removal of blood spurts was a mistake on its part: 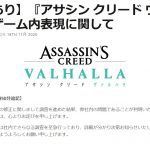 Ubisoft: “After investigating the issue reported the other day regarding the censorship of blood depictions, we realized this is due to a problem within our company. We sincerely apologize to all concerned parties and our customers”.

It’s unclear what led to Ubisoft self censoring Valhalla like that. Or what happened internally at the studio. Judging from Ubisoft’s apology, it’s likely an update will add back the blood spurts. Globally, Assassin’s Creed Valhalla is the biggest launch ever for the series. Hopefully, Asian players will soon be able to enjoy the game to its fullest like everyone else.

The post Assassin’s Creed Valhalla: Why Japanese Players Are Angry With Ubisoft And Censorship As CERO Denies Ubisoft’s Claims by Iyane Agossah appeared first on DualShockers.