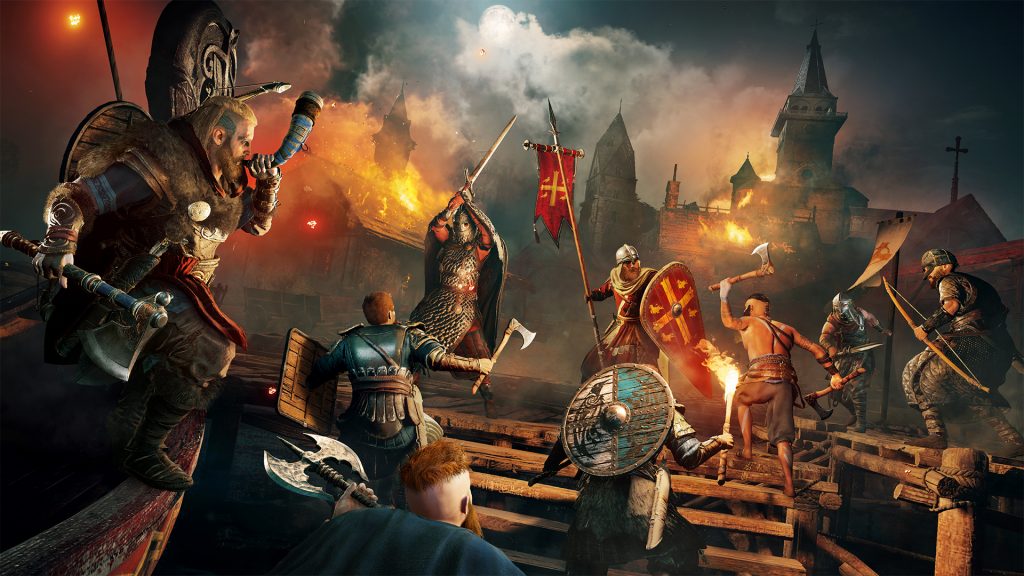 Ubisoft has released a brand new trailer from Assassin’s Creed Valhalla showing off the game’s diverse locations and teasing a mysterious purpose behind Eivor’s journey to Britain.

Arriving on November 17, Assassin’s Creed Valhalla is going to be the last big launch from Ubisoft in 2020 hitting both current-gen and next-gen platforms. Thus far, we’ve seen a handful of exciting premieres from Valhalla during different showcases, and the new trailer is here to give you a better understanding of Eivor’s conflict over occupying the lands of Britain.

Despite losing its director in the final months of production, Valhalla seems to have some distinct features that will help it to deliver an experience similar to the old Assassin’s Creed titles, while securing the new achievements of the gameplay overhaul after Assassin’s Creed Origins.

Instant kill with a hidden blade (which is no more hidden) is one of the key ones that was showcased during the latest gameplay premiere of Valhalla after Ubisoft Forward on July 12. Other than that, some of the stealth mechanics of the original Assassin’s Creed such as hiding in the crowd will be brought back with Valhalla.

That being said, the game will also bring a number of improvements to its RPG-style combat, making it more fast-paced than before. The developers have also promised that players won’t see the horse-riding problems of the latest entries in Valhalla.

Story-wise, there is still more to be revealed, though it seems a complicated story awaits in Valhalla. Previously, it was confirmed that players can switch from male Eivor to the female one (or vice versa) everywhere in the game as it’s something bounded to the origin of this character.

Assassin’s Creed Valhalla will be available for PS5, Xbox Series X, PS4, Xbox One, PC, and Stadia on November 17. The PC version will only be available through Uplay and Epic Games Store.

The post Assassin’s Creed Valhalla Gets a New Trailer Focusing on Eivor by Mehrdad Khayyat appeared first on DualShockers.

Resident Evil 4 Remake Plans to Undergo Major Overhaul
Yes, Someone Figured Out How Tall the Hot Vampire Lady from Resident Evil: Village Is
Ghost Recon Breakpoint Is Free to Play on PC Until Next Week
Monster Hunter Rise Gold Amiibo Announced, Will be Some of The Rarest Yet
Dying Light 2 Collector’s Edition Potentially Leaked by Retailer