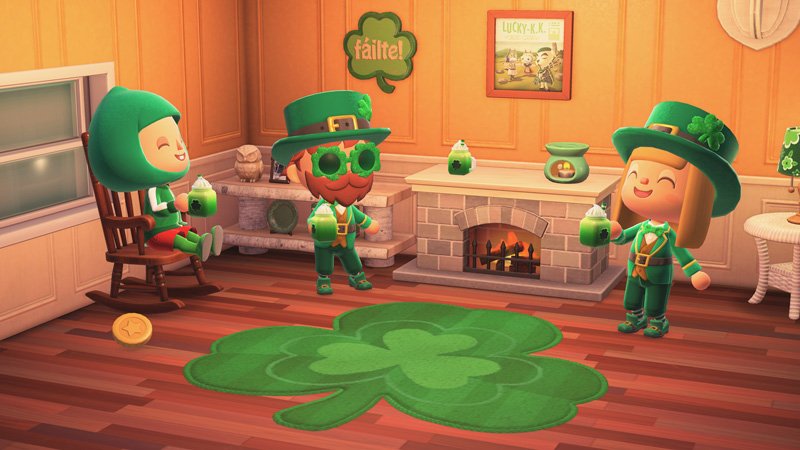 We’re now approaching the end of February, which means a bunch of changes are coming to Animal Crossing: New Horizons. The snow is starting to melt, the sun is rising in the sky and there are a bunch of Animal Crossing March Events on the (New) Horizons. But what are they and what else could we see? Let’s take a look.

[Announcement]#SuperMario Bros. themed furniture and fashion items are coming to #AnimalCrossing: New Horizons! After downloading the free update on 2/25, a variety of #SuperMario Bros. items will be available in Nook Shopping starting 3/1. #NintendoDirect #SuperMario35 pic.twitter.com/ehzShpA8Xh

The main excitement for ACNH players in March is the addition of the Super Mario themed items. There look to be 33 overall, with a massive range allowing players to create their own Super Mario based islands. The update hits the Switch in just a couple of days on February 25, with the items hitting Nook Shopping on March 1.

Place two Warp Pipes on your island to warp between them, even with one in your home! If you place more than two, the warp location will be chosen randomly. The #AnimalCrossing: New Horizons update arrives 2/25, with #SuperMario items for purchase at Nook Shopping on 3/1. pic.twitter.com/JOmKNd19XZ

As usual, March sees a range of new fish and bugs arrive on players islands. Alongside those fish and bugs, Nintendo has confirmed a range of smaller events that will be coming to the game. They are as follows:

Hinamatsuri (Feb 25 – March 1) –  To celebrate Hinamatsuri, also known as Girl’s Day or Doll’s Day, Animal Crossing will receive a range of special items hinaningyo (doll) and blossom lantern. Nintendo also says “There will be one item from the series available each day, and the selection changes daily.”

Shamrock Day (March 10 – March 17) – Nintendo is celebrating St. Patrick’s Day in style. There are a total of four items coming to the shop, these include the shamrock soda, shamrock doorplate, and shamrock rug. The able sisters will also have a range of Shamrock Day clothing items available.

The biggest possibility of a bonus event for players will be on March 20, one year on from the release of New Horizons. Although Nintendo hasn’t said they’re going to be celebrating, they’d be crazy not to, given the success of the title.

The post Animal Crossing All March 2021 Events – Mario Furniture, Pi Day and What Else? by Sam Woods appeared first on DualShockers.

Stardew Valley: What’s New In The Switch Update? March 4 Patch Explained
Fortnite: What Will Happen In The Season 5 Live Event? Major Details Revealed
How to turn off or disable quick chat in Among Us?
How Much Genshin Impact Made Since Release? Revenue Revealed
Minecraft Bedrock Beta Update (Today, March 4) Snapshot 1.16.220.50 – Patch Notes